To share her latest film in 2011, Chrysalis, Nia spoke at her alma mater, Western Senior High School, in Baltimore, MD. She was reunited with her former student, Cherry, whom she taught second grade.

An adventure in storytelling, as we explore the secret lives of different Muslim women from all over the world. Join Muslim Filmmaker, Nia Malika Dixon as she guides you on a journey like no other!

The Muslim Women vs The Media

This series is intended to be an ADVENTURE SERIES! We want to give the audience a chance to immerse themselves into the life of each subject, as well as get to see the surroundings and local environment. Everyone’s story is indicative of her place of residence, as our surroundings are the nature in which we develop our beliefs.

As an award-winning Filmmaker, I have the opportunity AND the passion to give voices to the voiceless.” ~Nia Malika Dixon 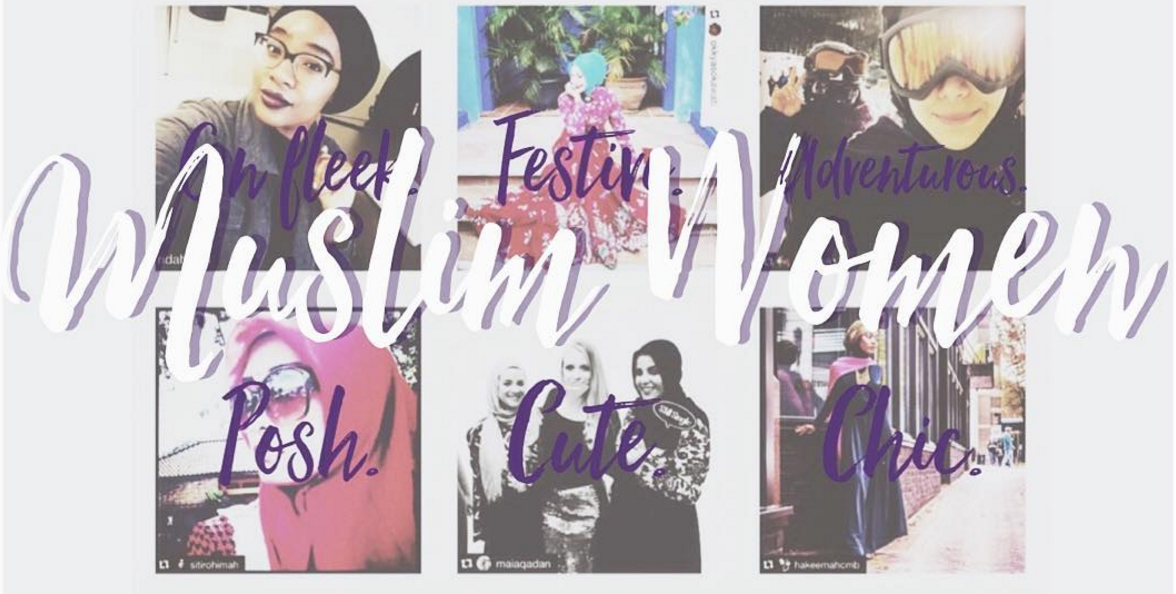 Muslim Women Can Train for the MMA

Leaving for Bangkok, Thailand, Maria begins her training this Summer 2016! The teacher and PH.D candidate invited me, series creator Nia Malika Dixon, (a fellow educator and Muslim woman!) to shadow her for the development of the first episode!

*The Muslim Women Series is the third series created through Audaz Entertainment, Inc.*

We have the opportunity to begin developing the pilot episode with one of our first subjects, Maria Khwaja, a Muslim American Woman from Texas, USA. Maria trains at Muay Thai Kickboxing in her hometown, and now she will train in Bangkok, Thailand! One of her dreams is to complete her PhD in education development and to expand her nonprofit organization to become international (www.teachelun.org.) But, she also wants to become a professional kickboxer! She already has a few sponsors, and if she were to do so, Maria would be the first Muslim American woman to compete professionally in the MMA world! 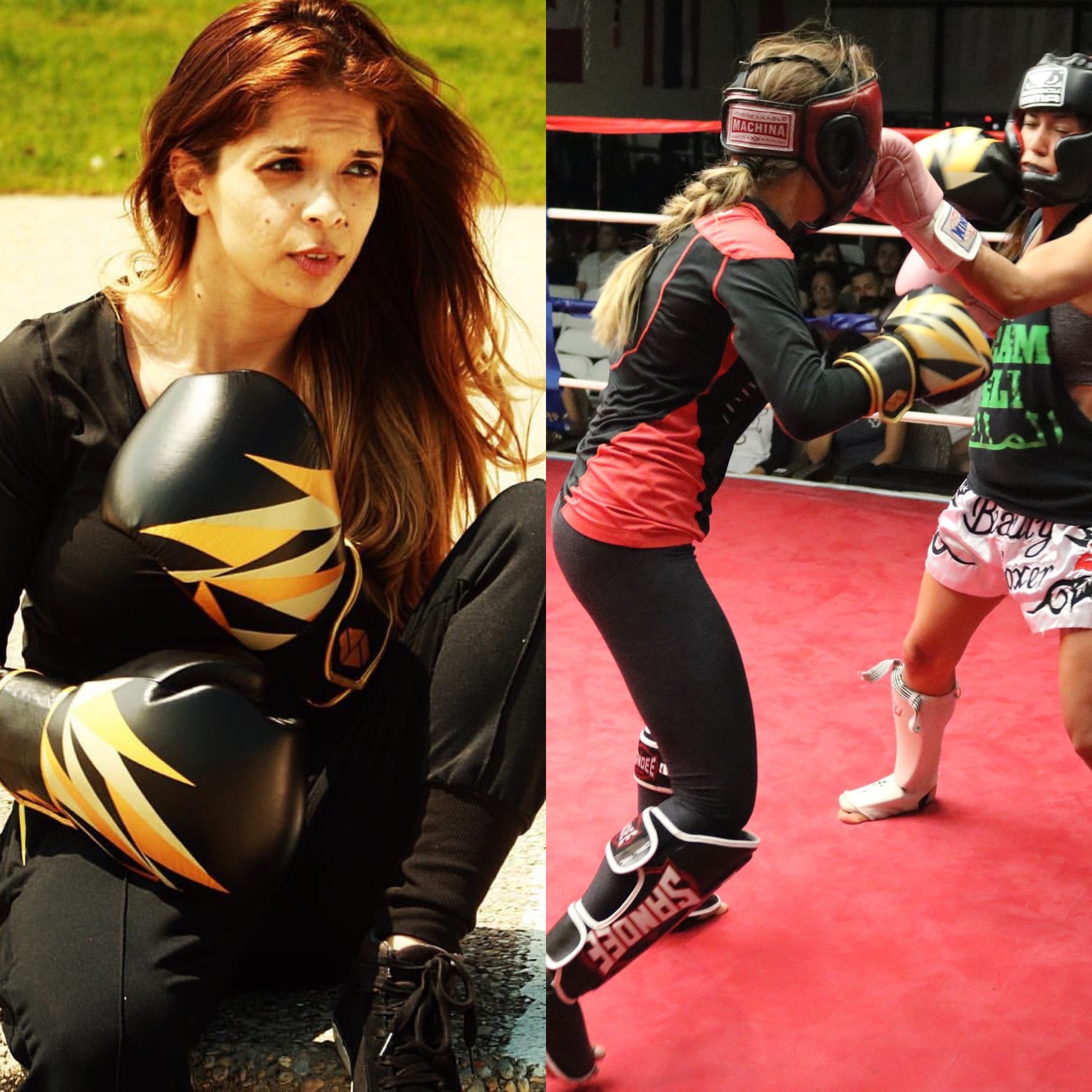 Kamilah Shuaibe is a singer-songwriter in Oakland, CA. She partnered up with Denise Cotton to create, The Love Project. As an active member of her community, Kamilah prepares for the big event, as well as an upcoming show this fall, showcasing her phenomenal singing and writing talents!

Her goals include creating a crossover album of inspirational music to which people of all spiritual backgrounds can relate, conducting a TED Talk, and continuing to help others identify their God-given gifts for the healing of humanity, with her organization in Oakland, California.

With such a lofty goal of reaching across Islamophobia, Racism, and Sexism, we get to follow Kamilah on her challenging journey as a Black Woman, and Muslim Woman through her philanthropy, music, and performances!

Check out her performance here. 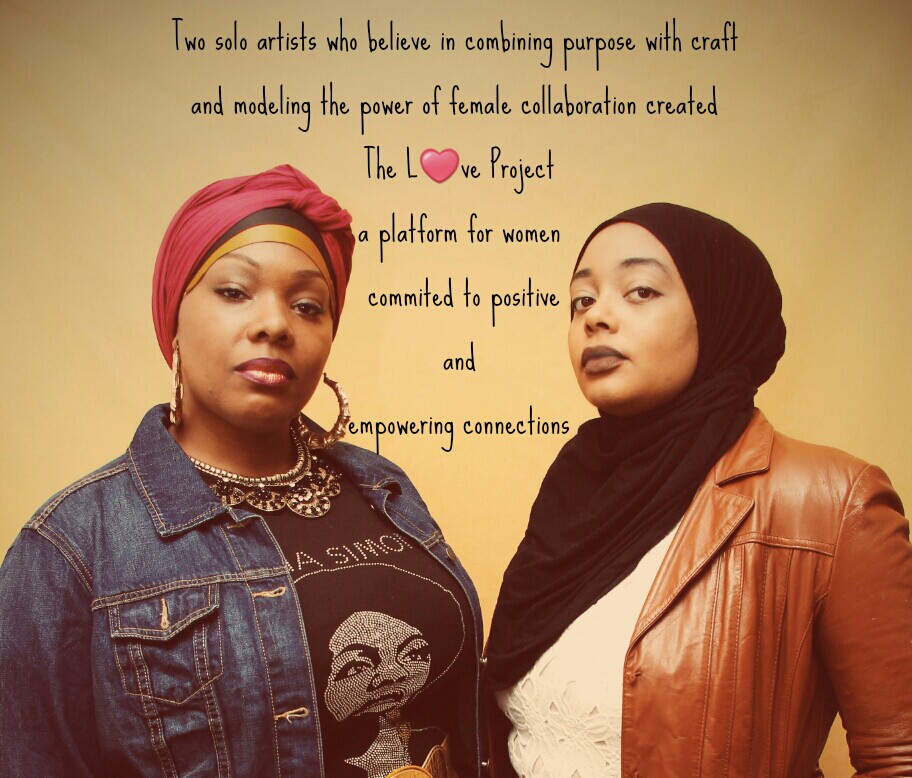 TV & Film Production has 4 distinct stages, complete with their own long list of tasks and people to hire and pay:

*We are at the DEVELOPMENT STAGE with “The Muslim Women.”*

In preparation for shooting an episode of a reality television show, the writers will usually craft a narrative based on the real life of the subjects. For The Muslim Women, we want this to be as “true-to-life” as possible, so we are taking the “cinema verite style” approach, then, mixing that with a bit of “documentary style,” and adding a “reality style” television delivery.

From California to Thailand – Crafting Our Stories

While in Bangkok, Thailand, I can prepare the storyline to allow audiences to learn the most about the destination as well as the background behind the purpose for traveling there: Muay Thai Kickboxing and how it relates to our Muslim Woman! Maria’s story will unfold through my preparation, writing, and planning as the producer. We will see what her day to day life entails while she’s going through her Muay Thai training, in Texas and in Thailand!

While in Oakland, California, I can prepare the storyline through Kamilah’s experiences as a Black Muslim woman in Oakland. The audience will get the inside scoop on her creative process and the Oakland music scene, as well as get an insider perspective of the Muslim community in Northern California! We will see where Kamilah and her cohorts influence the community as well as how they are preparing for the upcoming Presidential election. Kamilah is also shooting a music video in New York, so we will be able to capture some of that experience with her as well!  We’ll get to see Kamilah plan for her upcoming musical performance and The Love Project’s special event! 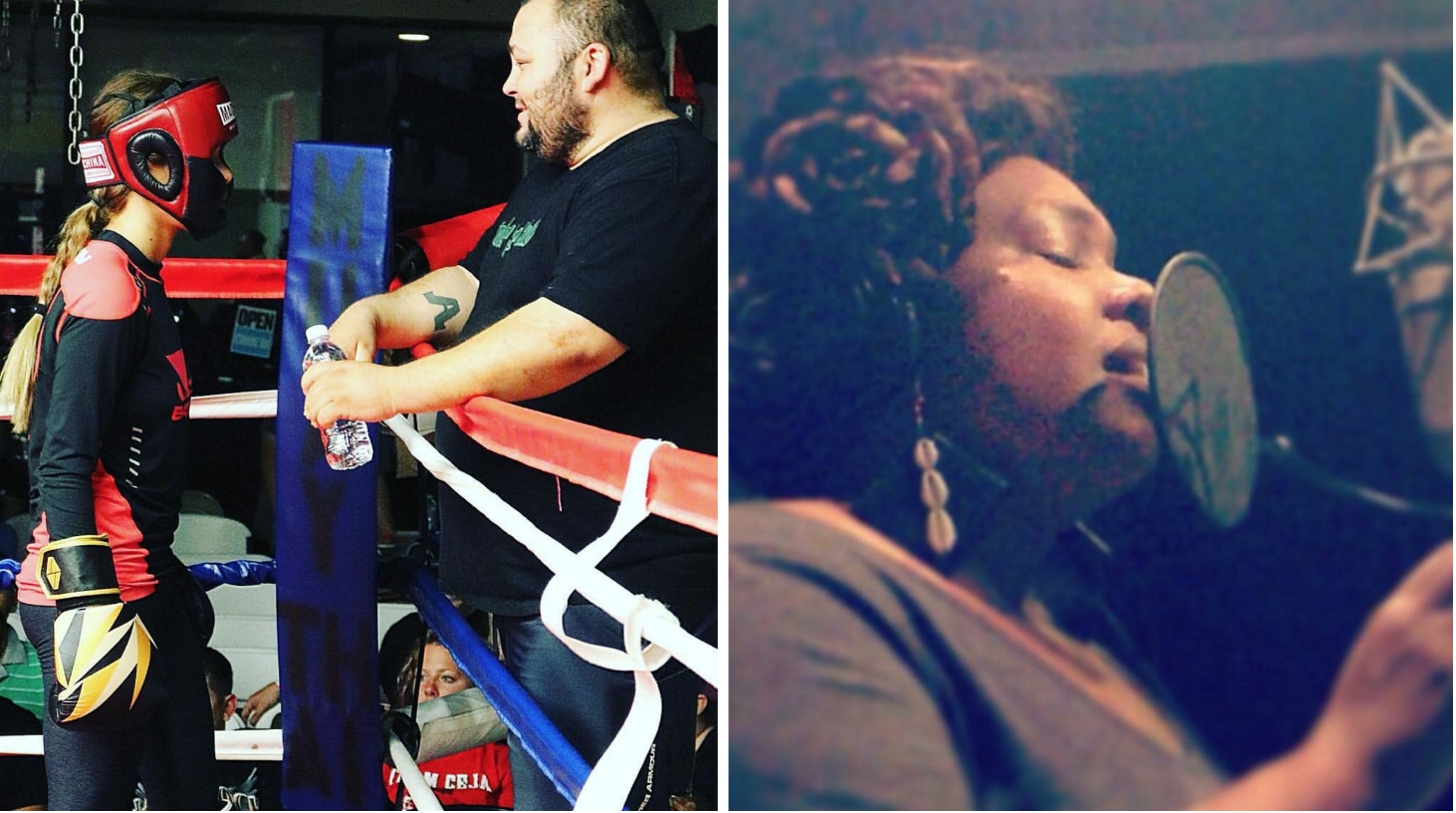 Nia Malika Dixon. My name means Purpose, and I believe my purpose is to share the diverse stories of people all over the world. I grew up Muslim in Baltimore, MD and I never saw myself reflected in mainstream media. As a Muslim woman, we are either invisible or portrayed as a horrible (inauthentic) stereotype. My mission is to change that. My mother, Qadriyyah Tauheed, has always been my biggest supporter! 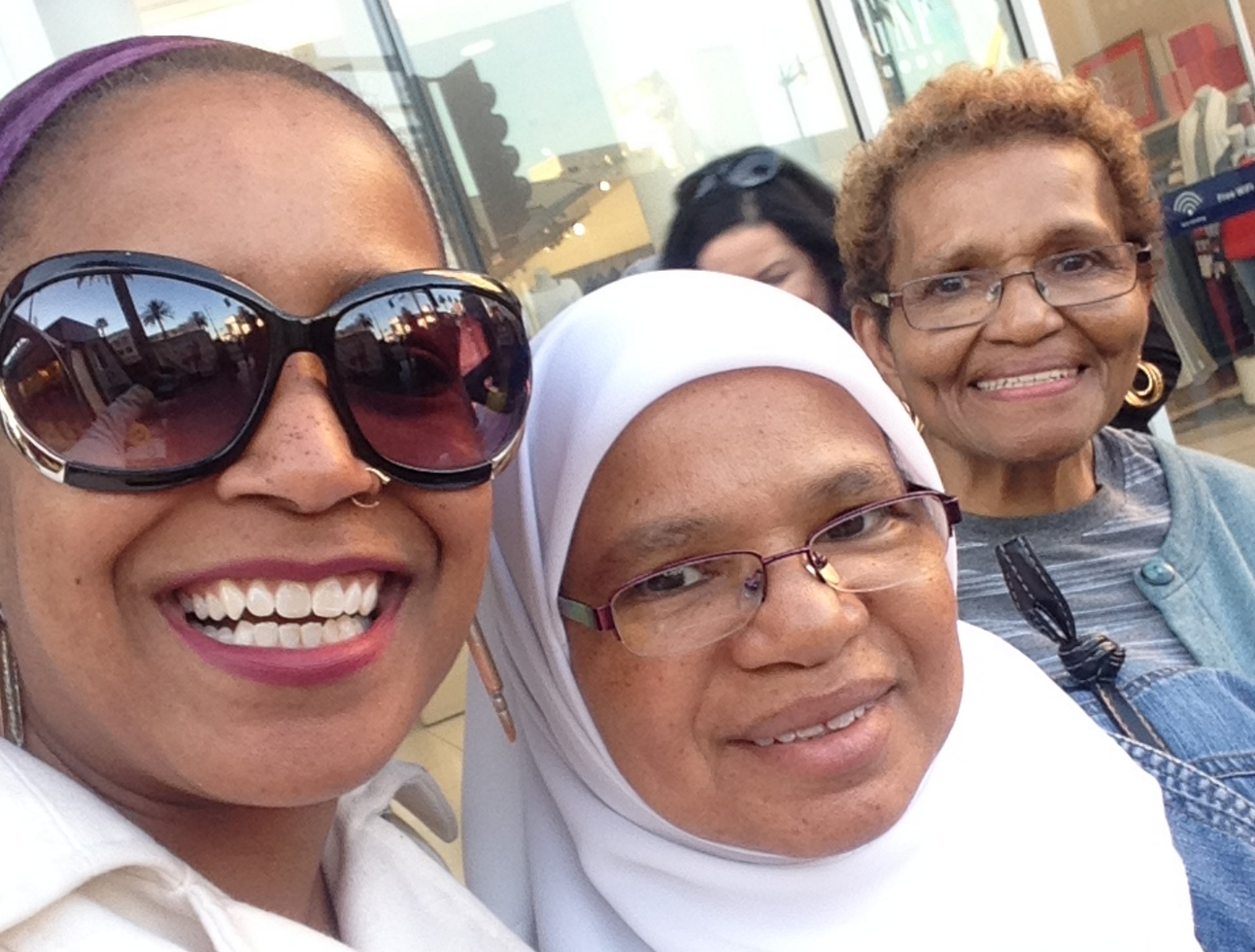 I started as a storyteller when I was three years old, after spending hours in the library with my mother and reading stories with her daily. The sharing of stories is intimate, when you listen to or watch someone else’s story you are transported into their life. It’s an experience that connects us with diverse people all over the world, who can watch together: the audience becomes a family, sharing in the story’s joys and sorrows, and it’s tragedies and triumphs. To me, storytelling turns the whole world into a big family! 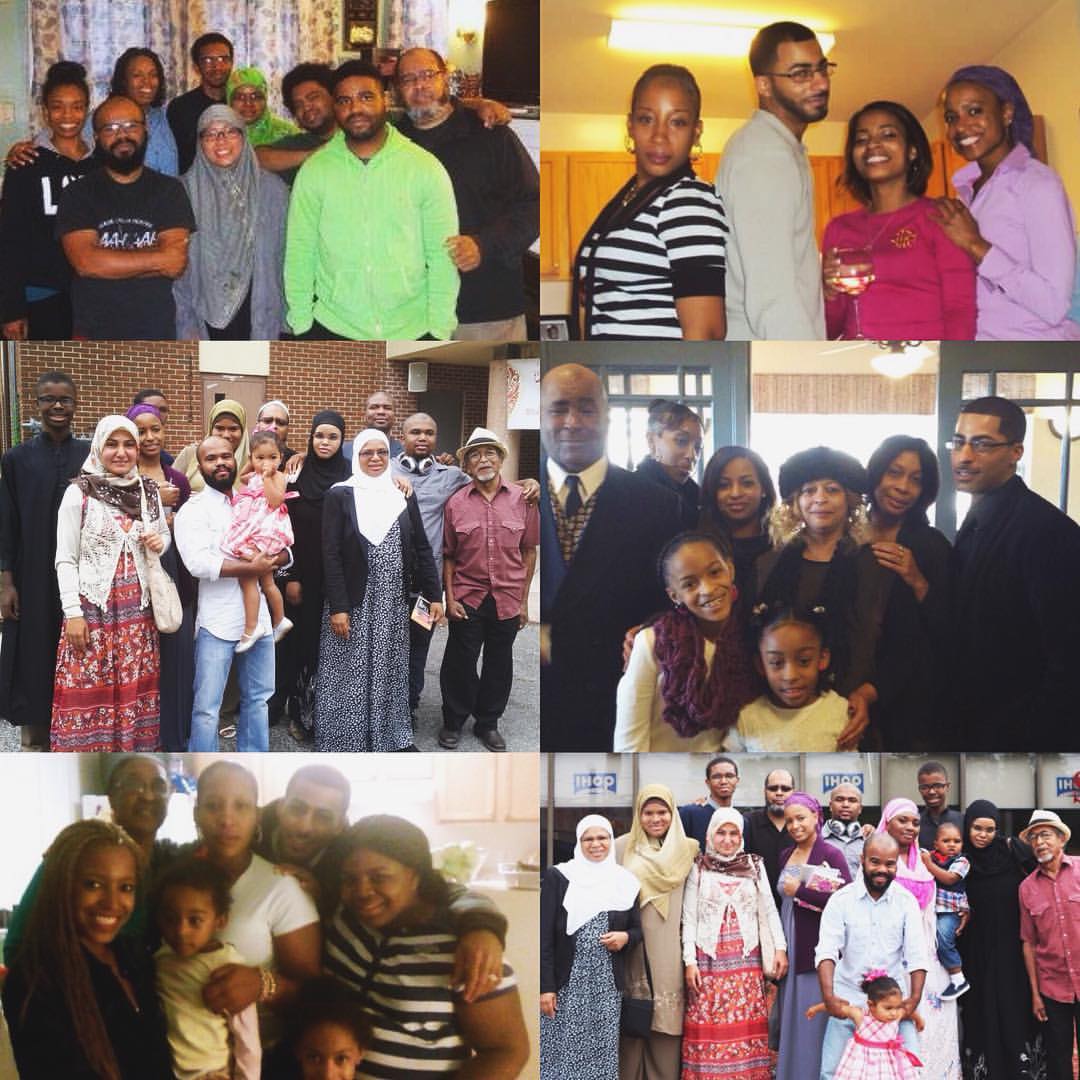 Here’s my professional bio: After completing the short film, City In the Sea, shot on location in Venice, California, Nia shot a web series/short film, Chrysalis, in her hometown Baltimore and recently wrapped production of her second web series, Vengeful. Chrysalis has won several awards including Best Urban Web Series and Best TV/Web Series in several film festivals. Nia is also the mother of two adults with special needs, including a son with Autism.

(Click the photo below to watch the teaser for Vengeful Series.) 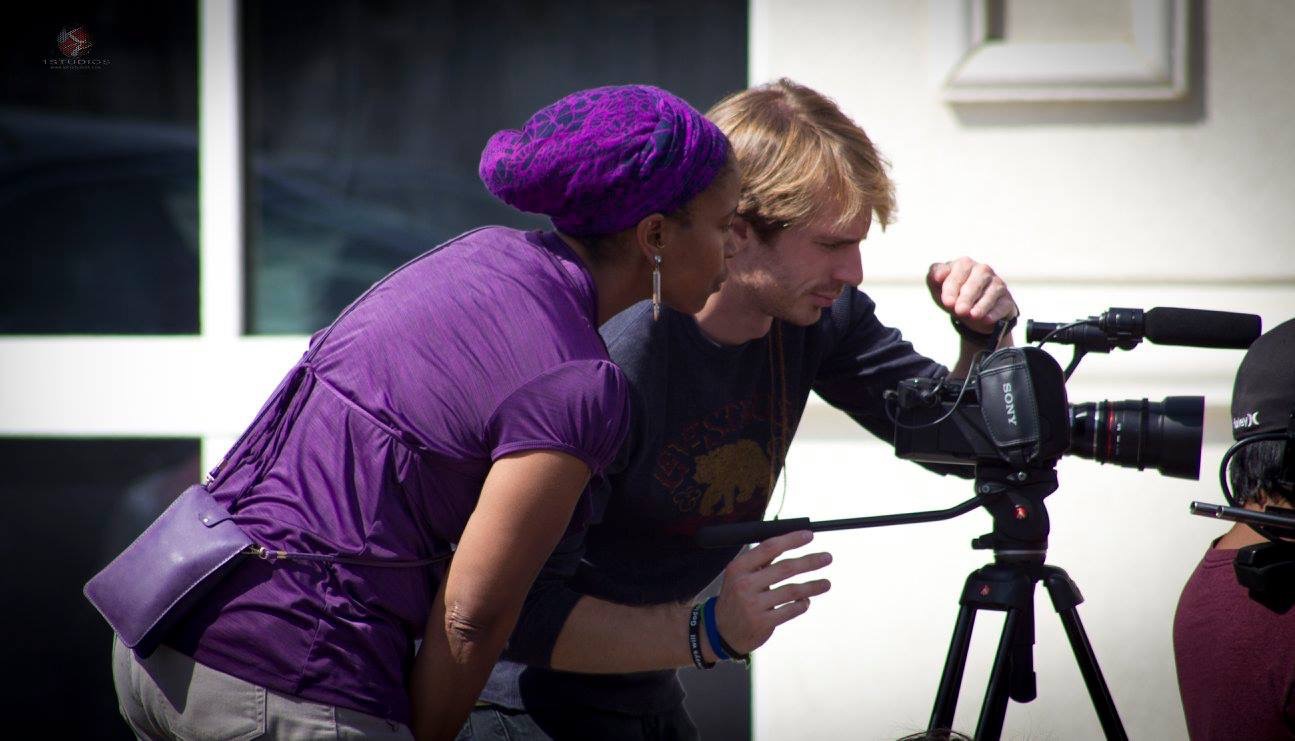 Embracing the storytelling passion and filmmaking vision of Nia Malika Dixon, the partners and executive staff of Audaz Entertainment have come together for the distinct purpose of creating quality, feature motion pictures and television serials for worldwide exhibition.

(Click the photo below to watch The Trap Series:) 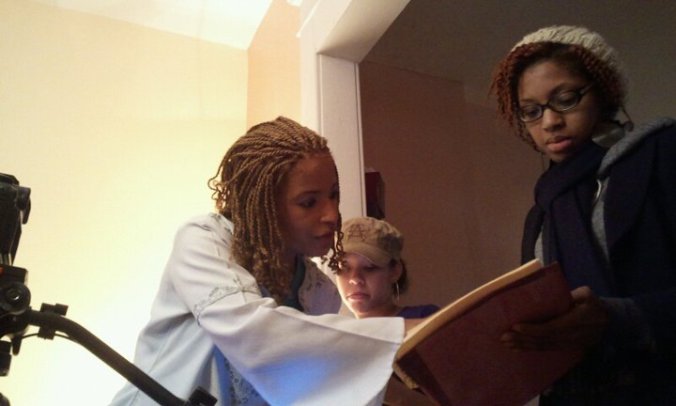 We need YOUR STORIES!

Tired of the stereotypes and #Islamophobia? Offended by the same wack narratives portrayed in media & entertainment? Join me in telling the diverse stories of #Muslim women all over the world!”

Email me and tell me why your story is perfect to be featured in the upcoming series, “The Muslim Women”: What is the most amazing thing about your life story? (Other than of your Shahada.)

Stories uplift us, change us, make us feel and think differently after hearing them. What specifically about your life will do that for the world, after we hear your story?

Audaz Entertainment, Inc. started in 2006. Temporary Loss of Power was the first production. Watch it on our YouTube Channel, here: https://www.youtube.com/NiaMalikaDixonPresents

About The Muslim Women